“Knight Horse” 30X40, Original Acrylic on canvas, Limited Edition / 95, Sioux… Mystery, death, night, secret, messenger, esoteric knowledge…As a Sioux symbol, the horse has the power of the earth with the whispers of wisdom found in the spirit winds.”Knight Horse” has long been honored has helper, messenger, and harbinger, and of spirit knowledge to the Native American. Considered wild and an emblem of freedom. 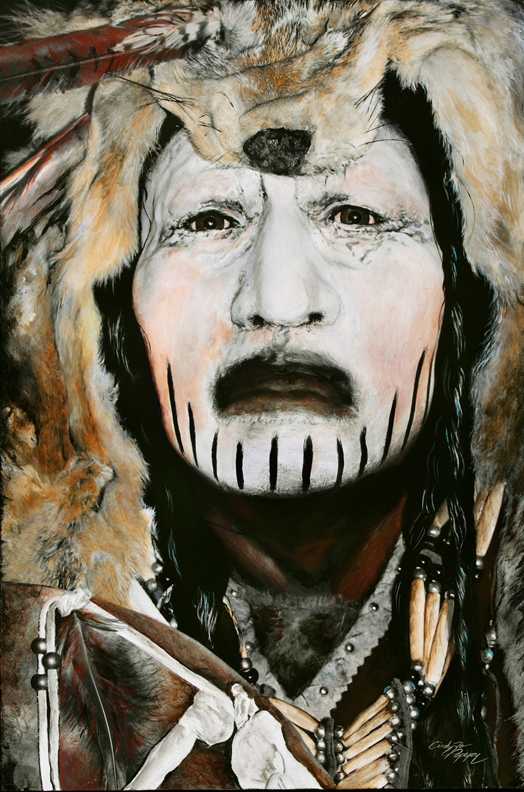 Crow Dog 20X30 Acrylic, Limited Edition Giclee/ 150 Within the Cheyenne tribe there used to be a military society made up of the strongest and bravest men. They were fierce fighters- unyielding. The Calvary called them Dog Soldiers or suicide soldiers. They often acted as rear guards, or sacrificial decoy, so the rest of the tribe could escape.