Here’s a special invite to the opening reception for all you folks going to the Out West Art Show. Wednesday evening 5 PM – 7 PM Mar.20th, 2019. Hosted by Roy & Diane Volk. Heritage Inn Great Falls, Montana…Art, Food, Drinks, and Music! Il’l be in room 224 or wondering about talking to ya all… 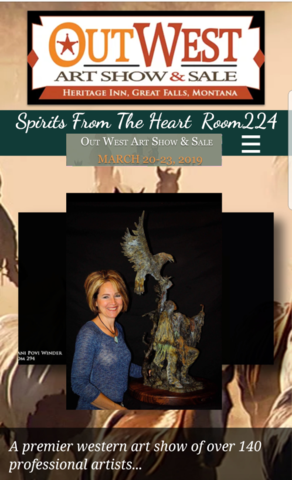 Come join us in Great Falls, Montana Western Art Week…Room 224 at the Heritage Inn. It’s going to be a BLAST! 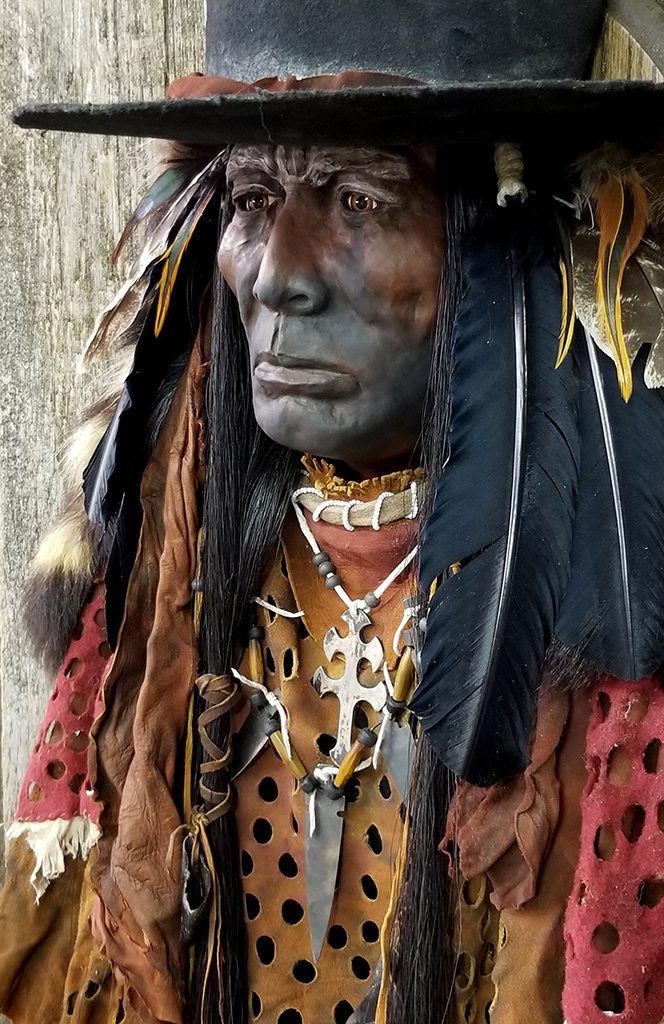 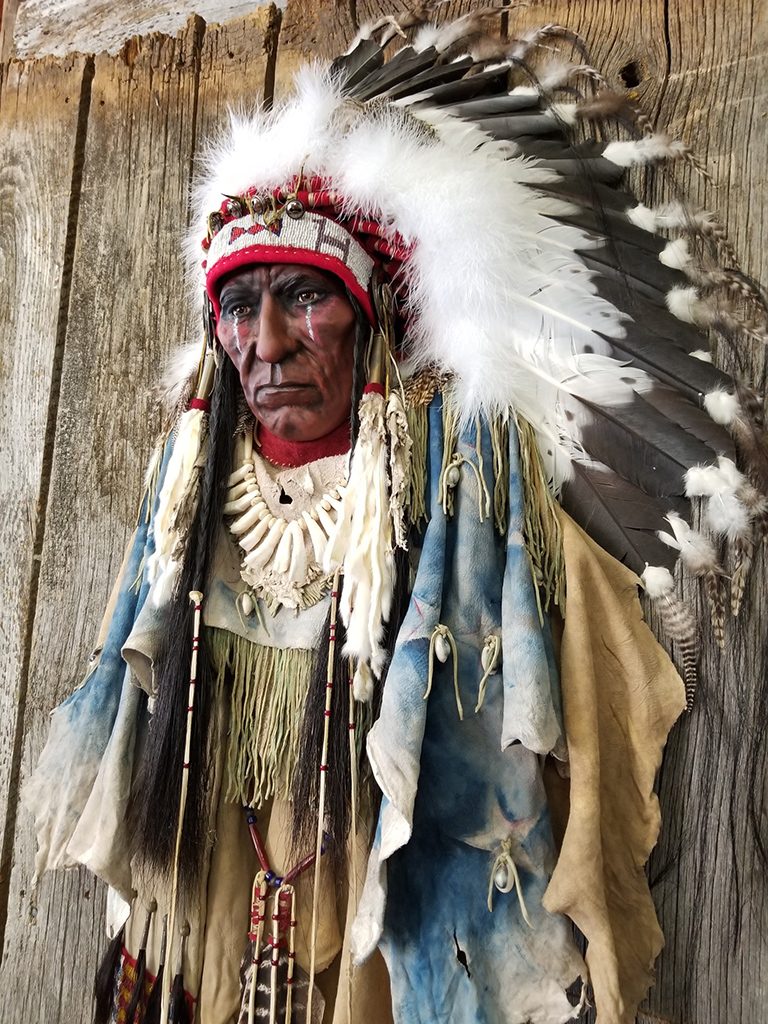 When a star falls from the sky it leaves a fiery trail. It does not die. Its shade goes back to its own place to shine again. The Indians sometimes find the small stars where they have fallen in the grass. The Pawnee have a story about a person known as Pahokatawa , who was supposedly killed bu an enemy and eaten by animals, but then brought back to life by gods. He was said to have come to Earth as a meteor and told the people that when meteors were seen falling in great numbers it was not a sign that the world would end. When the Pawnee tribe witnessed the time” the stars fell upon the earth,” which was in 1833, there was a panic, but the leader of the tribe spoke up and said, “Remember the words of Pahokatawa” and the people were no longer afraid. 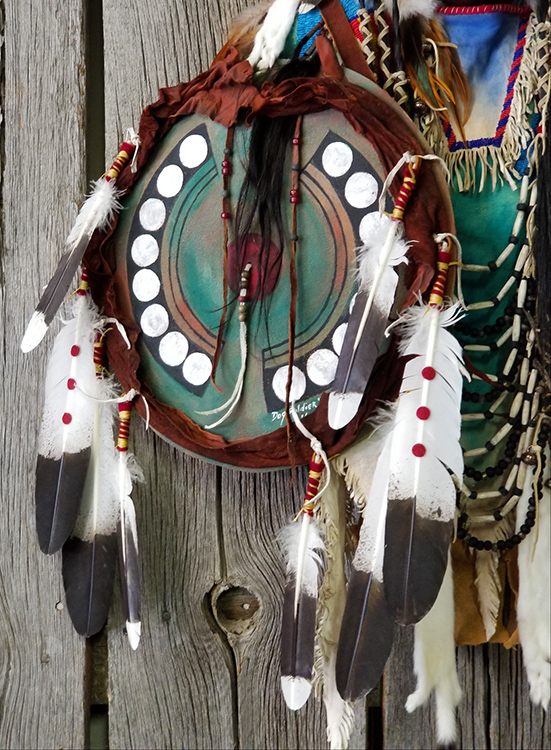 Within the Cheyenne tribe there used to be a military society made up of the strongest and bravest men. They were fierce fighters- unyielding. The Calvary called them Dog Soldiers or suicide soldiers. They often acted as rear guards, or sacrificial decoy, so the rest of the tribe could escape. Dog Soldier VII, Limited Edition/20 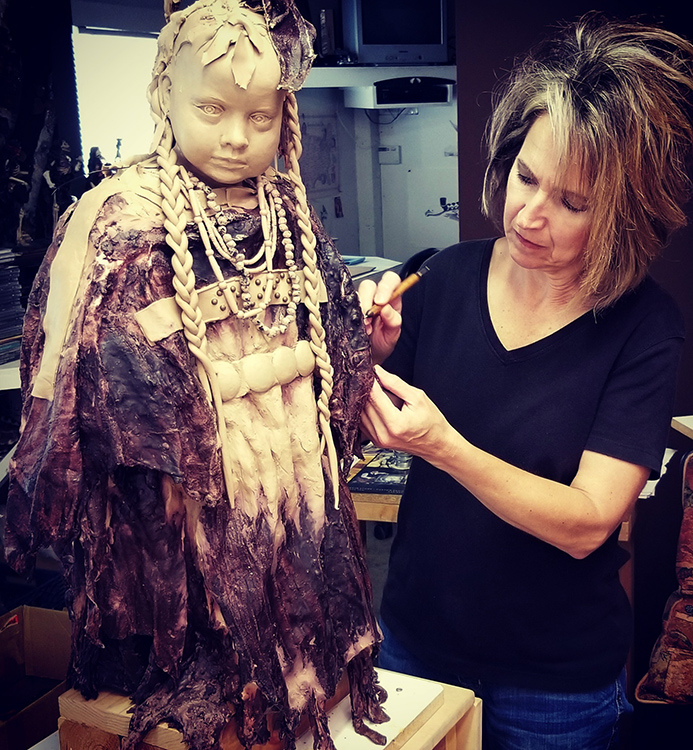 Studio time finishing up on my latest…

“Little Willow”,or willow tree, young one on the family tree…To the Arapho tribe, the willow tree was a symbol of long levity. The willow also symbolizes inner wisdom, an open mind with the stability and strength of age and experience. 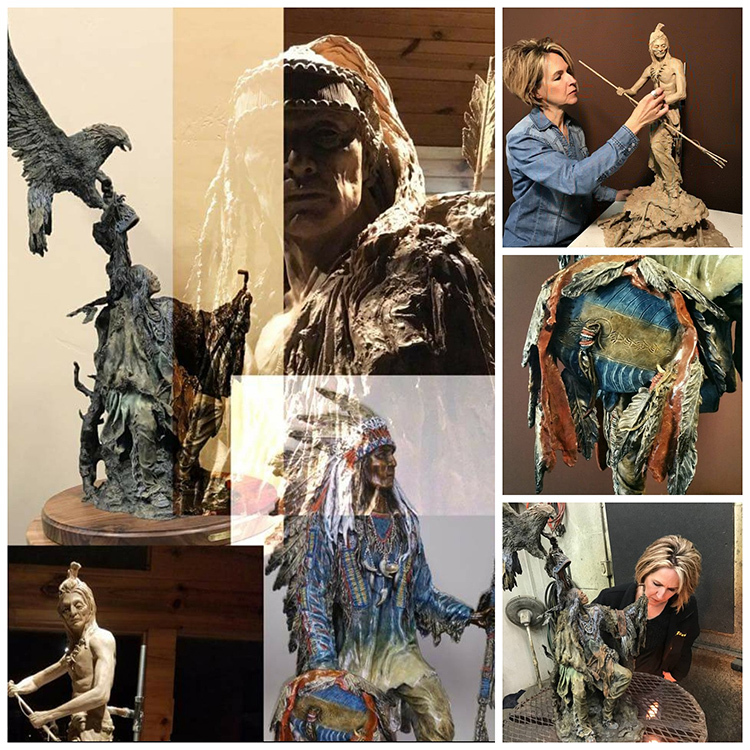 My Collage, the steps to creating bronze pieces of various different materials! 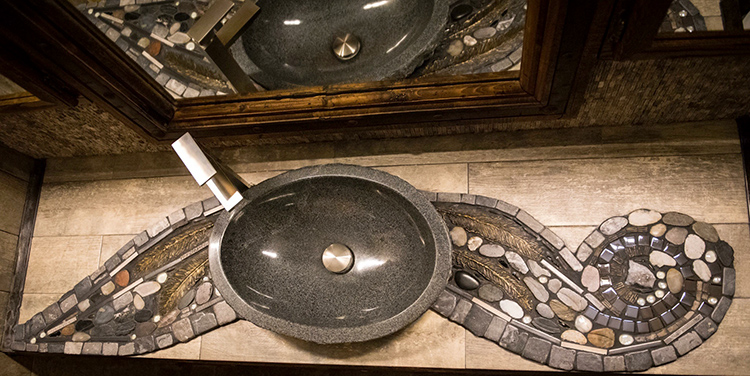 A gentleman commissioned me to make a mask called “King Beaver”. Also known as Tamaqua, the great peacemaker and Chief of the Deleware Nation.

The French and Indian War brought violence to the Pennsylvania frontier that threatened the Indian way of life. Tamaqua’s vision was to find peace with his brother the English. This could only be achieved with strong words of cooperation, bound by the spiritually powerful Wampum beads. The pictograph on the wampum belt tells a Tribal story. When the belt is presented as a gift, it binds a man’s words for generations. Tamaqua’s wampum diplomacy obtained the release of hundreds of white captives; and he said:”…I came to confirm our friendship and make a lasting peace, so as our children and grandchildren may live together in everlasting peace…” 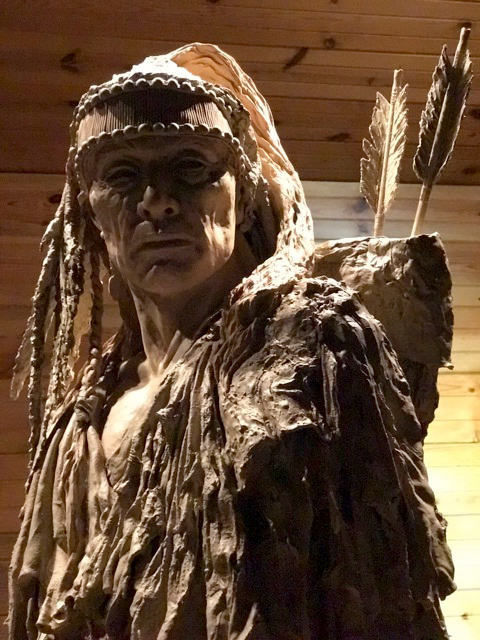 First the strong bow that bends to our hand, then the straight arrow, tough and trim, and feathers that wing it to it’s mark.

The buffalo moved in herds.

The Dakota, Lakota, & Nakota people had to move with them. They lived a nomadic lifestyle. They followed the buffalo to new grasslands or pastures. Hunting was hard before white people brought horses to the Americas. Most of the tribe had to help hunt the buffalo. The people would herd the animals into a canyon or corral. One of these ancient “kill sites” is found neear the town of Buffalo, South Dakota.